Drama and the Pre-primary Classroom

While art and music have always found their rightful place in schools, it is wonderful to see that dance and drama are now slowly being welcomed. Amidst a sea of syllabus, exams, events and the challenging academic rigmarole of any school, slotting special sessions for an art form within the school timetable is a true step forward. However, when similar such ‘special’ dance, drama or music sessions are slotted for the pre-primary section of a school it seems a tad strange.

Pre-primary education addresses four areas of a child’s development – physical, intellectual, social and emotional. Children between the age of 3-6 years learn with the help of their senses, their instinct and through imitation, which is why the approach to engaging with children in this age-group is always hands-on and experiential. Indulging in the arts, be it music, visual art, dance and movement or drama is nothing but an experiential process. So, most logically, one could conclude that the approach to pre-primary education must obviously be arts-based. Unfortunately, in most cases it isn’t. Children as young as 4 years are made to write pages and pages of letters, numbers, words, even sentences that are masked behind the idea of “fun” worksheets and a good break from all this work is that ‘special’ class indulging in an art form.

Art forms need to be an intrinsic part of a pre-primary classroom and can be achieved with ease. To understand this better, we must look at two ideas a little more deeply. One, the four areas of development to understand what each of them aims at achieving and second, where exactly an arts-based approach fits in. Let’s begin with the first.

Physical development focuses on gross and fine motor skills. These include understanding one’s body, it’s capabilities (running, jumping, hopping, crawling, scribbling, cutting, tearing, pasting etc.) and how it balances and coordinates itself with various other parts for every action.

Intellectual development is the basic cognitive understanding of the self, the other and the world that immediately surrounds them. This also includes imaginative thinking as well as critical thinking skills, which requires the child to observe, compare and make judgement.

Social development focuses mainly on the dynamic between the self and the other. “Appropriate behaviour” is often ‘taught’ as part of this area of development.

Emotional development includes the introduction and exploration of the vast vocabulary of feelings one may have and the development of the intrinsic ability children have to “care” for the other.

I’d like to add here that just like the hierarchy in the arts where music and visual art get preference over dance and drama, there seems to be a similar hierarchy in these four developmental areas as well. Focus on physical and intellectual development is the highest, social behaviour is tackled by the sheer presence of many children in a class, while emotional development is unfortunately given the least attention in most pre-primary curriculum. Its seemingly abstract nature makes it inaccessible to most.

That’s when an arts-based approach makes its grand entry, making the inaccessible attainable. Also, it is here when I begin to lean a little more towards drama, mostly because drama includes almost all other forms – it begins with storytelling, can incorporate rhyme, rhythm and music, movement, dance and even visual art. It is the most accommodating of all the art forms. There, I said it!

Now imagine this. A teacher pulls out her haversack from the air above her head. “We’re going for a trek to the top of a snow-capped mountain. What shall we pack?,” she asks. All the little 5-year-olds do the same and as suggestions pour in from every corner of the room –
“lots of sweaters”,

“a sleeping bag if we plan to stay overnight”,

“then we’ll need a toothbrush too”,

“Sheru-I never go anywhere without him”,

— each child stuffs into their bag what they think they will need (intellectual development through personal choice). The teacher then takes the children for a long, long trek, singing and humming through day and night (cognitive) and various weather conditions (more cognitive understandings) and landforms (requires swimming through rivers, crawling under hedges, climbing up rocks and other such physical needs), where they often stop to spot a rare bird or insect (imagination along with social agreements as all must agree that the bird’s beak is purple and wings are green) and at least once have to decide whether to kill the wild animal or save themselves from it (intellectual and emotional development by thinking about choice and empathy) by hiding in a cold, dark cave (or some other place? Cause-effect, critical thinking). The trek usually has a night stop where everyone climbs trees and rests in absolute silence (emotional development through contemplation and reflection) gazing at the stars. By the time morning comes, everyone is back in the classroom and no one cares that we didn’t reach the top of the mountain or that we really didn’t have to trek our way back down (social development through shared imagination).

An exploration that takes about 20 minutes keeps every child engaged, focussed and individualistic. It engages them physically, intellectually, socially and most definitely emotionally. “Miss, I’m glad we decided not to kill the bear and hid in the cave instead,” a kindergarten child once told me post a similar exercise. I fondly remember a time a little boy took out a jacket from his haversack and put it around a friend who was shivering vigorously once we had reached the top of the snow-capped mountain.

Each opinion in the room matters. It is heard and then analysed by fellow peers. Careful choices are made, negotiations take place and along with critical thinking a whole lot of heart is involved in building empathy — a key, but largely ignored, area that shapes a large part of the child’s personality. Educator Maria Montessori in her book The Absorbent Mind says that age 3 to 6 years is “the embryonic period for the formation of character and society”. The role of the teacher is essential here, as they create a structured, yet free space where children engage with the environment using all their senses, through experiential opportunities, that allow them the space to observe, compare, make judgement, choose, have opinions and most importantly empathise.

The sole purpose of the arts is to evoke thought and emotion. If pre-primary teachers begin to look at themselves and their work more artistically, the “special” period will duly turn into a way of being for the pre-primary classroom.

Timira is an arts-based therapy (ABT) practitioner and an educator who creates arts-based methodologies for classrooms. She is the Executive Director of an ICSE school in Mumbai and also works in a juvenile home for boys as an ABT practitioner.

She also made key contributions to the development of Theatre Professionals’ work in the pre-primary and primary as an instructor, teacher trainer and core-team member between 2009 and 2012. 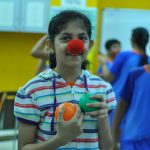 Jehan Manekshaw, Co-Founder Theatre Professionals reveals how Drama in Education benefits learners, teachers, and the wider school stakeholder community. He shares findings of the latest success stories of drama based school improvement programmes from across the world

END_OF_DOCUMENT_TOKEN_TO_BE_REPLACED 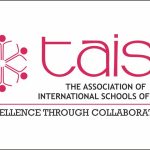 Our director and co-founder, Jehan Manekshaw, shares some of the gems from the 13th TAISI Leadership Conference that he attended from 27th to 29th September, 2018.

END_OF_DOCUMENT_TOKEN_TO_BE_REPLACED

Being in the here and now

Foremost voice coach and acting trainer, Patsy Rodenburg speaks of the “Second Circle” – the circle of presence, immediacy, and being connected to what we are doing in the here and now.