Igniting the senses, using the aesthetic power of drama in the pre-primary classroom

‘Igniting the senses, using the aesthetic power of drama in the pre-primary classroom’

Our co-founder and director, Jehan Manekshaw, while talking about Drama in the pre-primary classroom at the EducationWorld Early Childhood Education National Conference in Bangalore on 19th January 2019, found himself being present in the moment, thinking about what had just been spoken about before he went on stage. He shares the thoughts that came to him at this moment with us here.

I had the intimidating honour of following the keynote speaker Dr. Suchi Grover, who came in by webcast from Palo Alto, California, USA.

She spoke about Computational Thinking and how to develop that in Early Years Learners, who will all be dealing with computers and Artificial Intelligence more than anyone else. Computers and Machine Intelligence are an absolute way of life now.

I found myself thinking about Drama and Presence and being in the room with one another, and went extempore for a few minutes before getting to my talk. I found myself saying this:

– Change is the only constant and has been for millennia.

– To deal with change, you need to be adaptive and responsive, and Drama has been around for millennia teaching us to do that.

– Speaking of 21st-century learning skills; Collaboration, Communication, Critical Thinking, Confidence, Creativity; Drama has been building that in us for more than 21 Centuries.

And it’s true, Computational Thinking is essential, as now it is a major tool for human civilization and our next generation should be able to command it, and to that extent, ed-tech needs to be there.

However, as far as future bets go. I put my money on the fact that machines may be super intelligent, and take over many of the functions that Human Beings have taken but they will never develop sentience, consciousness, self-awareness, empathy.

As much as they become masters in all things data and logical, we must become masters in our domain, the domain of humanity. For that you need more than ever before, to foreground the arts, and foreground culture, and to use drama as an amazing platform from which to learn and develop these skills, the skills of storytelling, all of which together have helped us understand the human condition and our own humanity since we first came into existence.

Only by being absolutely human and by tapping into our humanity as a civilization, like never before, will we be able to have a relationship with the super intelligence that will be known as AI. 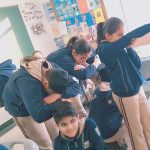 Tasneem Fatehi, Co-Founder Theatre Professionals shares her thoughts on anchoring social and emotional intelligence, future readiness, and academic excellence in the 6th, 7th and 8th grades through Drama in Education.

END_OF_DOCUMENT_TOKEN_TO_BE_REPLACED 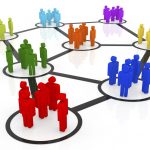 New people are a means to new learnings

Our drama for learning specialist, Srividya Srinivas, shares her experiences and learnings whilst (working remotely and) pursuing her MA in Applied Theatre at The Royal Central School of Speech and Drama in London.

END_OF_DOCUMENT_TOKEN_TO_BE_REPLACED 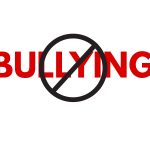 END_OF_DOCUMENT_TOKEN_TO_BE_REPLACED
« Drama and Multiple Intelligences » Peer sharing across the globe