Jehan Manekshaw is the Founder Director of Theatre Professionals. He is also Founder and Head of School at the Drama School Mumbai.

For Theatre Professionals Education, Jehan’s efforts are towards devising end-to-end solutions for educational institutions who want an autonomous Drama department. He has worked with multiple school leaders, principals and teachers to develop workable strategies on how to meaningfully integrate drama practices into schools’ curriculum cultures. Jehan has presented workshops at numerous conferences and schools, and consults with institutions and education solutions companies to see how drama can be incorporated into general educational practices.

Jehan has taught as guest faculty at several universities including Ninsasam Theatre Institute, Attakallari Centre for Movement Arts, St Xavier’s College, Mumbai, Shinshu University, Japan, and the National School of Drama’s Theatre In Education division in Agartala. He also has directed numerous plays in different languages in India, the US, UK, and Japan. When not working as the Director of Theatre Professionals, Jehan directs plays across languages and cultures; his credits include directing Shakespeare’s Othello in Kannada at the Ninasam Theatre Institute in Karnataka, and Eklavya in Japanese at the Matsumoto Performing Arts Centre, in Japan.

For his contribution to the Indian theatre sector, Jehan has received Ustad Bismillah Khan Yuva Puraskar, an award conferred by the Sangeet Natak Akademi the Indian government’s apex body for performing arts and culture. 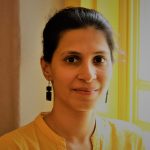