Kickstarting the teaching career with drama

1. Have you had any experience with drama before? How is using drama in the classroom influencing your way of teaching?

2. How has using drama in your classroom helped to put across the lessons to the learners? How are they responding to it?

I give the learners the space to express themselves freely using any of the ways they would love to. For e.g., they could use a concept map, present it using a slide, use poetry, make a handbook, a chart, or anything they wish to, and not surprisingly 80% of the times, the learners choose drama to present themselves. When asked why, they say that it proves to be the best form to express.

3. Please share an example of an integrated class that worked very well for you and how the learners are responding to it.

4. What according to you is the power of drama? 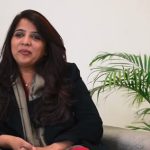 How a school-wide drama for learning initiative is changing Heritage School, Vasant Kunj

Q & A with Ms Sunita Swaraj, Principal, Heritage School, Vasant Kunj Delhi. What motivated you to  use drama  as a pedagogical tool in your school? Pedagogy means a process […]